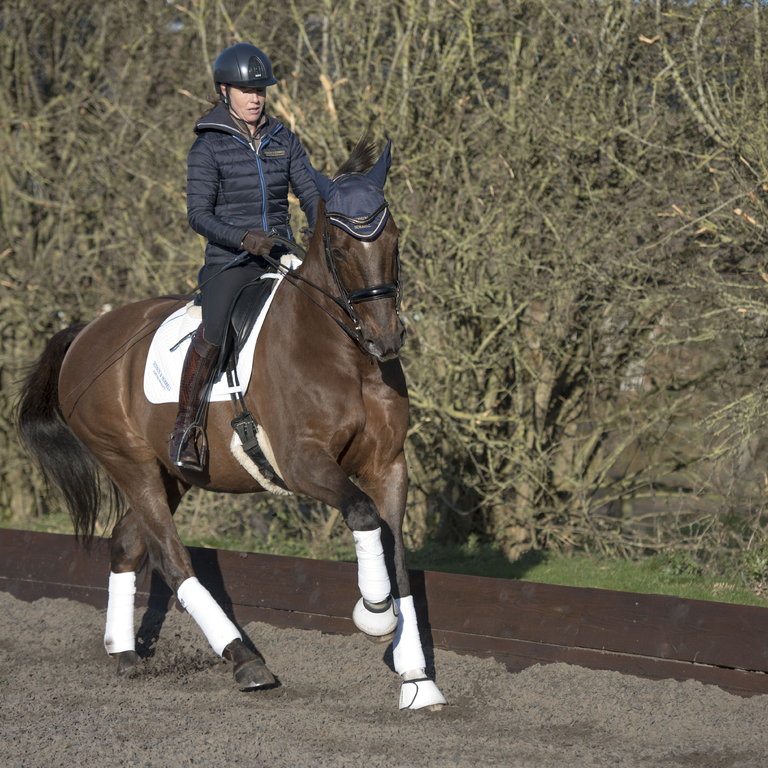 Victoria Jones has competed very successfully at dressage at Small Tour level both Nationally and Internationally. She is also a highly skilled dressage coach at all levels, training an array of dressage and event riders from her base in Leicestershire, which she shares with her husband, event rider Richard Jones.

Victoria started riding at the age of seven after her parents found her and her sister trying to teach themselves to ride on some horses in a neighbouring field, after they had recovered from the shock they decided to send them to riding lessons – as they wanted to ride so badly!

After competing for Great Britain as Junior and Young Rider, including competing at the European Championships, Victoria had quite a long break due to illness as well as having two children. However, three years ago she had a fantastic return to the competition three years ago with two horses, Tijs H and Wiepke II. She won Premier Leagues nationally at Prix St Georges and Inter 1 level, competed at the Winter and National Championships and was selected to compete for Great Britain internationally at Small Tour Level both home and abroad. Very sadly Victoria sold Wiepke last year and having trained Tijs H to Grand Prix level he has recently retired, although he is still exceptionally fit and well at the age of 18!

After a change of horsepower, Victoria is now competing one horse, Suzy Dawe’s Extra II. Extra II is currently contesting Advanced Medium level and will be aimed at Small Tour next year. Her most recent successes include winning the Advanced Medium at Bury Farm High Profile show in August 2018, on 74.7%. Victoria also has some up and coming young superstars waiting in the wings which we will see very soon!

Looking ahead to 2019, Suzy Dawe’s Extra II will be aimed at the Premier Leagues at Prix St George level and Small Tour and 5 year old Lexington will make his competition debut. Victoria has also recently acquired two fabulous three year olds who may appear in some Young Horse classes. 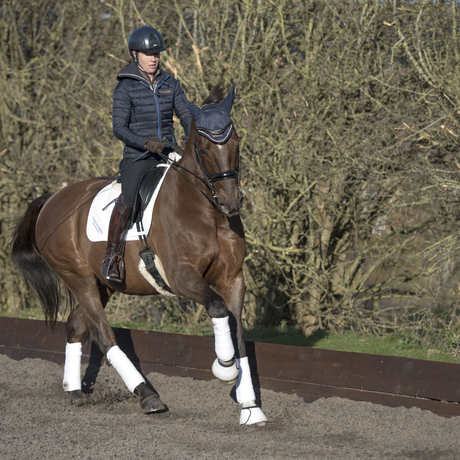 Staypower Cubes are my favourite as they provide my horses with the controlled energy and stamina needed to train to the highest levels, and they look and feel great on them!

This is a development site